(BISHAN, SINGAPORE – Translated by bobafett81) A 64 year old man wrote a cheque of S$10,000 to a Vietnamese Bride agency located at Pearl’s Centre to marry a Vietnamese girl. However, the cheque turned out to be S$1.00 only and the girl became the old man’s sex slave for 1 week in a hotel at Geylang!

This horrific case happened on 24 Oct 2005. 范杰登 (Fan Jie Deng), who is married with a wife and have grown up children. Mr Fan, who is a cobbler in Bishan, went to a Vietnamese Bridal agency to select and “buy” a Vietnamese Bride.

Cobbler Fan selected a Vietnamese bride from a glass room in the agency, and wrote a S$10,000 POSB Bank cheque to the agency. He took the bride back to a hotel room in Geylang. There, the girl became Cobbler Fan’s sex slave. Cobbler Fan had sex with the girl twice a day for about 1 week.

Meanwhile, the Vietnamese Bridal agency discovered that there is a dot behind the “1” on the cheque, and the cheque actually amounted to only S$1.00000! The agency lodged a polie report and the police began an islandwide manhunt for Cobbler Fan.

Yesterday, Cobbler Fan was arrested at Harbourfront Ferry Terminal while on his way to Batam. Cobbler Fan’s wife was extremely embarrased about this incident as all her neighbours were talking about it. Mrs Fan refused to bail him out of the police station.

This morning, Cobbler Fan was charged in the courts. The judge ordered Cobbler Fan to be imprisoned for 2 weeks before the trial begins. However, Cobbler Fan shouted from the criminal’s box that he wanted to be released today for 2 days so he could go home and settle some “family issues”. The judge refused his request.

He’s caused us to lose hope in him time and again,’ said Madam Tan, the wife of the ‘Viet bride’ conman.

Her husband, a 64-year-old cobbler, is suspected of cheating a matchmaking agency on 24 Oct by allegedly using a fake cheque to get a young Vietnamese woman to be his bride.

He allegedly took the 19-year-old woman to a Geylang hotel, had sex with her and, five days later, returned her to the agency – Vietnam Brides International Matchmaker – before vanishing.

He then allegedly tried to dupe two other matchmaking agencies using the same trick before he was arrested on Tuesday morning. His 57-year-old cleaner wife told Shin Min Daily that she only found out what her husband allegedly did when the agency owner and police officers came looking for him at her home in late October. The couple has two children.

Madam Tan, who refused to give her full name, told the reporters in Teochew: ‘I’m ashamed of him. He got into trouble but dragged the whole family into it.

‘He has caused us to lose face before our friends and relatives. He’s embarrassed us completely.’

Madam Tan said she has been getting phone calls from friends and relatives who had learnt about her husband’s arrest from newspaper reports.

It’s got so bad that even stepping out of her home has become unbearable.

She’s so desperate that when she has to go out, such as to buy groceries, she lowers a big umbrella to hide her face so neighbours will hopefully not spot her.

That was exactly what Madam Tan did when she spoke to reporters outside her Bishan Street 13 flat yesterday – she hid under her umbrella.

She’s even considering moving into a friend’s home.

Madam Tan claimed that it wasn’t the first time that her husband had behaved this way.

Both she and her children knew he meets other women.

Madam Tan told Lianhe Wanbao: ‘It has already happened so many times. But he’s never changed for the better. I don’t know what to do anymore.’

She alleged that in April, he was jailed for two months for scalding a 33-year-old China woman in a hotel after a quarrel. They had allegedly gone there to have sex.

She said she was also aware that her husband has been making thrice-weekly trips to Batam to look for prostitutes.

She found out about the trips through the immigration stamps in his passport.

Her husband was believed to be heading for Batam again when he was arrested at the HarbourFront ferry terminal.

Madam Tan told Lianhe Wanbao: ‘When a man makes frequent trips to Batam, you can guess what he’s up to.’

She said her husband, who used to work as a bus conductor, was an irresponsible man who didn’t care about the family, leaving her to raise their two children single-handedly on her wages as a cleaner.

Madam Tan said: ‘He’s never done his part as a father. Yes, he doesn’t ask us for money but neither does he contribute to the family expenses.

‘When he has money, he would be out having fun.’

She said her husband started to behave weirdly about four years ago at about the same time that their relationship began to worsen.

They stopped speaking to each other even though they still slept in the same bedroom.

more video on this case 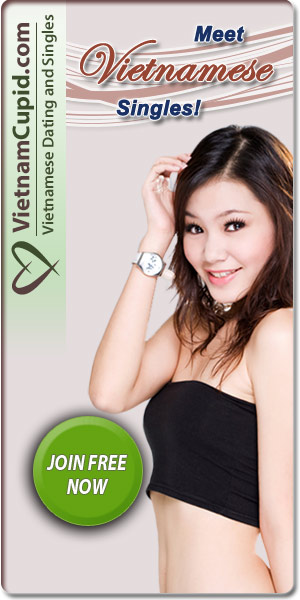